Buying a Home Less Expensive than Renting – by 38%!

Better time than ever to own a home. Weather you are looking at moving up or becoming a first time buyer the market seems to be on the up and up. I’ve been a Broker for over 26 yrs and the rates at this time are great as is very clearly described in the below blog from the KCM Crew who I’d like to thank for continuously giving informative data regularly on the current market.

Sometimes people don’t realize it but even if you have trouble getting a loan due to poor credit, self employed-difficult to prove income, need fast financing, property a fixer, etc, you can still get a loan. It’s called a Hard Money Loan. If you’ve found yourself wanting a home and are in one of those categories I’d suggest checking it out on line to find your closest Hard Money Lender that can help you. Good luck!

Buying a Home Less Expensive than Renting – by 38%!
By: KCM Crew
Click Here For Full Article 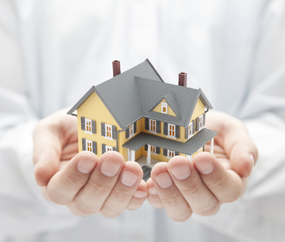 Trulia released their Rent vs. Buy Report last week. The report explained that homeownership remains cheaper than renting in all of the 100 largest metro areas by an average of 38%!

The other interesting findings in the report include:

Even though prices increased sharply in many markets over the past year, low mortgage rates have kept homeownership from becoming more expensive than renting.

Some markets might tip in favor of renting this year as prices continue to rise faster than rents and if – as most economists expect – mortgage rates rise, due both to the strengthening economy and Fed tapering.

Nationally, rates would have to rise to 10.6% for renting to be cheaper than buying – and rates haven’t been that high since 1989.

Buying a home now makes sense. You can lock in a mortgage payment before home prices and mortgage rates rise as experts expect they will. If you rent, your housing expense will only continue to increase.