Aussie investors $8 billion out of pocket in a year 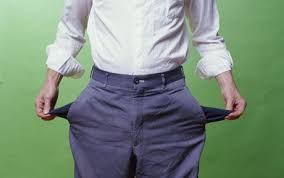 The ATO figures, released earlier this month, show Queensland was the nation’s capital for copping a loss, accounting for more than $3.2 billion of the nation’s losses.

The losses capture some of the scope of negative gearing across the country, with interest repayments accounting for more than 70 per cent of the $33.2 billion worth of rental income declared for the period.

Richard Wakelin, of the Wakelin Property Advisory, noted investments could typically be geared positively (with rental income surpassing the costs of holding the property), neutrally (with costs and income in balance) or negatively (running at a loss).

The decision which way to gear a investment would be motivated by the buyer’s tax status and what they sought to get out of the property, Mr Wakelin said.

“It’s not a surprising figure,” he said.

“For someone to take on a negatively geared property they are taking on debt and they are also taking on the potential for vacancies (rental) or poor income returns.

“(But) I think that if there’s an expectation of building equity through capital growth, and having properties double (in value) in a period of time — I think people would have to take on that level of risk.”

The majority of the remainder of deduction claims consisted of repairs and property management and maintenance costs.

But the average landlord was effectively left $2979.30 out of pocket, the ATO figures show, suggesting a wide majority of the nation’s property investors have their property negatively geared.

“I think it would have grown a bit over last year, there’s a lot of investment properties being set up,” Mr Brass said.

“That’s why they are doing it, they save tax each year and then they make a capital gain in the long term,” he said.

But Mr Wakelin warned taking a loss was only advisable if you had picked a quality property.

“What we are talking about here is risk and to mitigate that is to have done your homework properly,” Mr Wakelin said.

“The reason why properties get positive cash flow is because they are cheap and they aren’t developing the kind of capital growth you get out of certain types of property you get in certain areas.”

He noted that losses, compared to the capital growth of the property, diminished the longer a property was held.