I am very involved in Cryptocurrency as an investment. I realize this is not a Crypto website but I own this website and I think there are many people on here like myself that invest in Crypto. Let's talk about it! Share your expertise, recommendations, and ask questions.

Let's help each other make money with Crypto! 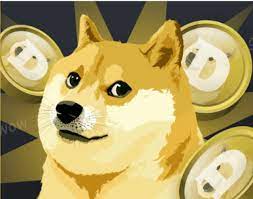 I have started a BTC trade from an online broker. Unbeknownst to me, and my fault for not vetting them, they will not allow you to withdrawal my earnings unless I pay their 20% commission before I…Continue

so how are we going to help each other investing in crypto.? i know by investing but more details are needed, you guys agree?Continue

You need to be a member of CRYPTOCURRENCY! to add comments!

There are lots of ways to invest in cryptocurrency besides buying it and hoping it goes up. I recently published a book called "Cryptocurrency and Real Estate: how to profit as Bitcoin and Blockchain revolutionize real estate investing". It's available on Amazon as an ebook or paperback (just search for my name - steve streetman). I think the synergies between real estate and cryptocurrency are compelling.

I created this group to generate more Crypto buzz and to give advice to those that are not yet experienced in the huge potential earnings opportunities that can be realized by investing in Crypto. I have had some pretty solid success thus far and continue to research new Crypto opportunities daily. Unfortunately because I own this website I cannot specifically say BUY THIS ONE. What I can and will do is tell others where to go and what to look for which I started to do in my last post and will continue to do occasionally.

I can say that I recently sold a good chunk of DOGE and made about a 1800% return on my original investment as I first bought it at .$03. Also made about a 1200% return on Bitcoin a while ago. If the people reading this post want similar returns, this group right here would be a great place to start.

how can we help each other?

OK just real quick... . I wanted to weigh in on the Crypto topic. Like it or not, believe in it or not, Crypto currency is here to stay. It is a risky investment as most of the newer, smaller Crypto will fail, just like many start-ups. On the plus side, the new ones have a much higher upside. I know a fella that bought 150 Bitcoin 9 or 10 years ago. I believe he paid about $3000. He has not sold his Bitcoin and it is now worth nearly $6 Million. This is real.

Personally, I have several types of Crypto and have made some good money but not like he has. I am not going to tell you what to buy because I don't want to get a lawsuit but I will say that one of the newly released Cryptos that was introduced last Thursday is going to be huge 5 years from now and you can get in for about .0000001 of a penny per coin.

If you invest in Bitcoin or Eth or LTC then you have a better chance of making returns than if you go with a start-up. You also have NO SHOT at making millions of dollars unless you spend millions of dollars because the MARKET CAP on these more well know and established coins is huge. Bitcoin, for example, is around $700 Billion. Etherium is $281 Billion. Will they go up? Probably, over time, but they are not going to multiply by hundreds or thousands of times because they are already too big. On the other hand... something like Baby Doge coin for example was a recent release and is trading for way below a penny. So is Shibu Inu. They are on their way to being traded on more Crypto Exchange websites and have a higher upside potential. I am NOT telling you to choose these two but I will say that I have literally almost 600 BILLION of Baby Doge and 55 MILLION of Shibu Inu. If Baby Doge were to hit one penny per coin, I would have $6 BILLION if I sold out. That is how Crypto works. The new ones that actually offer a valuable service or an improvement over the current coins will have the largest upside potential.

I will explain more later but last time I checked an hour ago, Baby Doge was up 32% today. Just saying....

Best of luck to you!

Comment by Karen Williams on June 15, 2021 at 4:38pm
I purchased 600 Dogecoin on Webull at 38cents. I hope it goes at high as Bitcoin. I also on some Bitcoin on coinbase. I want to learn how to copy trade. Can't get the buy and sell down pack. I would love to learn day trading get in and get out